What Would Be the Impact of Trump’s Victory on the US Economy?

The election of Donald Trump as President of the United States has raised many questions about the nation's economic future. The stock market rallied the rest of the week, from Wednesday through Friday, indicating that big investors were pleased with the election results.

Here is a deeper look into how Trump's administration might affect the U.S. economy:

President-elect Trump said in his victory speech that he has a plan to "double our growth and have the strongest economy anywhere in the world." His policies, however, will require more definition and less contradiction to clearly understand how they will affect the economy. 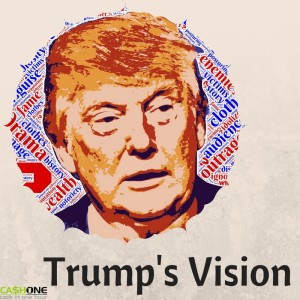 Trump will use his experience as a business leader to further drive his plan to create jobs by rebuilding the nation's infrastructure. He plans to spend "double" what Clinton proposed, which was $275 billion on infrastructure. That means the grand total expense will be over $500 billion, along with giving private firms $137 billion in tax credits. Trump, however, has been unclear on where all the funds will come from.

Trump will be working with a Republican House and Senate, all of whom support substantial tax cuts for big corporations. He will likely be successful in passing tax cuts that give companies more net income due to cutting taxes from 35% to 15%. These extra savings will allow companies to create more jobs, at least in theory. The extra cash could lead to a short-term spending spree that stimulates the economy.

At the same time, foreign nations, such as China, own the U.S. bond market. Furthermore, half of the U.S. treasury market is owned by foreign investors.

The government appears to be set on more borrowing. Trump's plan may involve a stimulus package that would continue to raise the debt ceiling. Trump has pointed out on CNBC that under Obama, debt doubled and there are no new bridges to show for it.

Despite meeting with and praising the president the day after he was elected, Trump remains politically opposed to many of Obama's policies.

As a president, he will now be responsible for accelerating the economic growth of America and fixing all its problems. Hopefully, he will be able to do just that, but only time will tell.