Study: 66 Million US Adults Have No Emergency Fund

What if the economy were to take another huge nosedive like it did in 2008? Would you be prepared for it? If you're like over 65 million Americans, probably not. According to a June 2016 Bankrate survey published by NBC News, a third of those people are between the ages of 36 and 51 and have no savings to fall back on in case of an emergency. 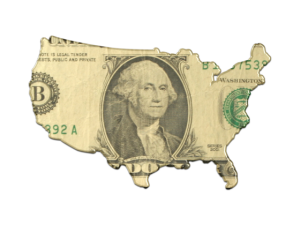 Nearly half of all Americans said in another survey they would not be able to afford to pay for a $400 emergency. They don't even have the assets to sell to cover the cost, according to the Consumer and Community Affairs Division at the Federal Reserve Board.

Below are some survey snippets done by bankrate.com 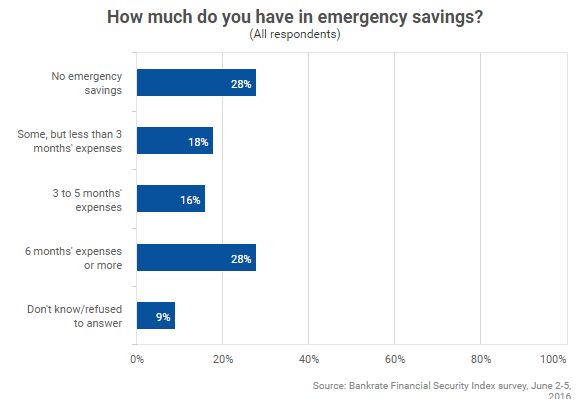 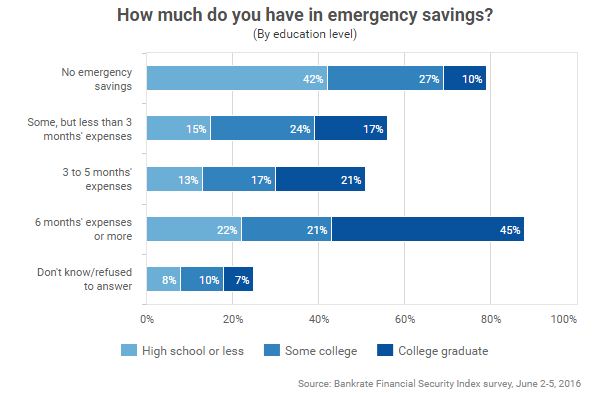 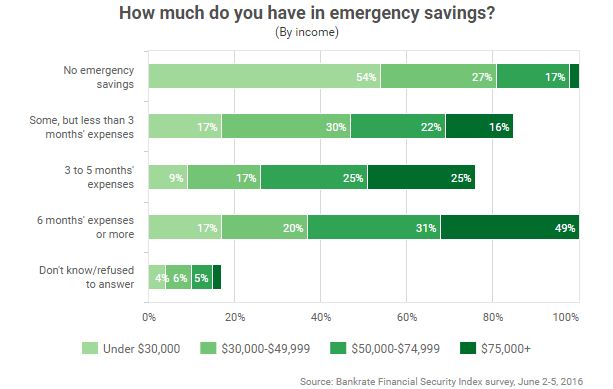 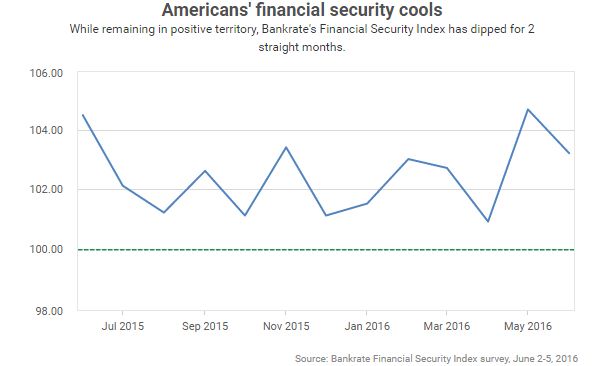 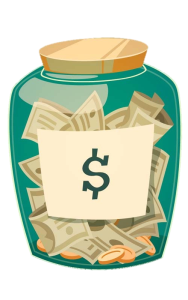 Your savings account needs to have at least six months’ worth of living expenses so that you can control the stress of being on the edge of financial collapse and be ready for any unexpected bills. Bankrate analyst Greg McBridge says that after age 25, the odds increase for you to reach that savings goal.

If your income level does not allow you to save at all, like many Americans, you may need to consider a broader list of alternatives to the traditional job market, which isn't exactly paying high salaries right now for the average worker.

How to Build an Emergency Fund? 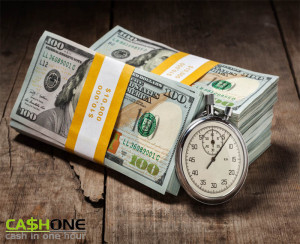 Only 28 percent of Americans have six months’ worth of expenses saved up, but that figure has increased from 22 percent in 2015. In order to successfully build this account, focus on making it a habit to cut unnecessary costs. Even saving $40 per month can be enough to reach your goal within 15 months.

Just remember to live safely, which will help steer clear of accidents. Eating healthy food and exercising for free, such as walking, will help prevent expensive visits to the doctor. Creating your own entertainment, sharing time with friends and conserving energy are ways to cut down on weekend binging and throwing money away on disposable products and services.