Is It Advisable for You to Invest in Cryptocurrencies Like Bitcoin?

Cryptocurrency is a type of digital money, configured to be safe and, mostly, anonymous. It's a currency linked to the internet that utilizes cryptography, the system of replacing legible data into an almost unbreakable code, to track buying and transfers.

The initial cryptocurrency was Bitcoin, which was designed in 2009 and is still the most popular one. There has been a massive growth of cryptocurrencies in the last decade and there are above 1,000 accessible on the internet.

Mostly, online companies and big enterprises worldwide, make use of the cryptocurrency, Bitcoin. One of the leading benefits of Bitcoin is its portability across borders, which tremendously facilitates international trade. 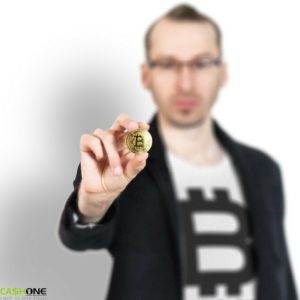 For the sake of investing, Bitcoin is just like any other currency or commodity investment. This implies that at any given moment, the value of Bitcoin is regulated by the market. While this isn’t an issue in itself, Bitcoin investment does present some specific challenges.

Pro #1. Low Inflation Risk - One of the huge difficulties with our present-day dollars and other currencies, utilized throughout the world is inflation. With Bitcoin, you are saved from this trouble because the scheme is devised to ensure Bitcoins stay finite.

Pro #2. Low Collapse Risk - Regular currencies rely on governments which decline occasionally. Bitcoin is not governed by any one government, so it's like a virtual global currency.

Pro #3. Peer-To-Peer Transaction - You have the complete ownership of your Bitcoin money once received. There isn't an option for the buyers to claim their money back, and the vendors can securely ship the merchandise or execute the services ordered by the client.

Pro #4. Easy to Carry - You can easily transport Bitcoins worth a billion dollars, on a memory stick; this isn't possible with cash or even gold.

Pro #5. Untraceable - Bitcoins allow you to remain anonymous, so you don't feel threatened by any organization tracking the source of your funds. This is both a benefit and a risk for Bitcoin users.

Related Article: 5 Situations When You Should Not Consider Saving and Investing

Con #1. Untraceable - This characteristic of Bitcoin also attracts unlawful activities. It may cause undesirable attention from governments that will declare Bitcoin illegal.

Con #2. Easy to Lose - Once you lose your Bitcoins, it is irreversible and there aren't any means to retrieve stolen or lost Bitcoins.

Con #3. Hard to Trade - There isn't any simple way to purchase them or trade them. It's not as effortless as money transaction to and from a PayPal account as of now.

Con #4. Still Too New - It's likely that a competing cryptocurrency achieves more success than Bitcoin or that somehow a major defect in its system gets discovered.

Con #5. Too Volatile - Currently Bitcoin values are soaring upwards and so it's not easily accessible.

In a short while, Bitcoins have seized the attention of financial speculators, impostors, and cyber outlaws alike. You should make a good effort to understand the system and buy just a little for the experience or to encourage the evolution of the Bitcoin ecosystem.